This article explores the case of Hassen Mohamed, a marine fireman hanged for murdering his fiancée, a white woman named Jane Nagi, in 1923

I am principal investigator on a Leverhulme funded project entitled ‘Race, Racialisation and the Death Penalty in Twentieth-Century England and Wales, 1900-65’ (RPG-2016-352). Research Fellow Alexa Neale and I are collecting the archival records (predominantly case files) for all cases of black and other minority ethnic people sentenced to death in twentieth-century England and Wales prior to the abolition of capital punishment for murder in 1965. You can read more about our research questions and the aims of the project here in this blog post by Alexa https://raceanddeathpenalty.wordpress.com/about

We have encountered many fascinating cases so far, which shed light on the kinds of racialised discourses produced by the criminal justice system, the everyday lives of the condemned, their victims and witnesses to the case, and understandings of what the death penalty was for. Here, I shall discuss the case of Hassen Mohamed, who was hanged in Durham for murdering his fiancée Jane Nagi (also known as Jennie) in 1923. According to the Home Office file, Hassen was from Aden in what is now Yemen but at the time was a province of British India. He worked as a marine fireman and lived in a seaman’s boarding house in South Shields. Jennie was a young woman from Jarrow who was widowed having previously been married to a man described as an Arab. She and Hassen were engaged, having ‘kept company’ for nine months, and were shortly to marry.

According to the depositions and trial transcript, on the 12 March Jennie had been drinking during the day and was very drunk by the afternoon. She was at Simon Ali’s coffee shop in the ‘Arab colony’ in South Shields. Hassen came to the shop and wanted Jennie to leave with him but she refused and reportedly told him that she was finished with him. He left for around three or four minutes, returned and shot Jennie dead in the presence of three people. After he was arrested and taken to the police station, he reportedly said ‘Me fire one shot. Me sorry. Me keep that girl for 8 weeks, and she has been drunk’ (Testimony of Sergeant Gray, Trial Transcript, TNA/HO144/3009).[i] Hassen’s defence was that the revolver went off accidentally as he was bundled out of the coffee shop and that someone else was holding it at the time. This contradicted what he had said to the police and the testimony of eye witnesses. He was found guilty and hanged at HMP Durham on 8 August.

What can be learned from this case? As with most of our cases, it provides a fascinating glimpse of Britain’s multicultural history: in this example, the Arab community in South Shields, which was centred around boarding houses, cafes and restaurants. One significant issue to arise from the case file material and press coverage is contemporary attitudes towards ‘interracial’ relationships. The Brief for the Prosecution notes that there was a large population of Arabs in South Shields and that ‘it is sad to relate many white girls mix with Arabs’ (HO144/3009). Local newspapers reported that a ‘young Englishwoman’s acquaintance with an Arab was brought to a sensational termination’ when she was shot dead by ‘her coloured lover’ (Shields Daily Gazette, 13 March 1923). The same paper quoted the Deputy Coroner as describing the case as ‘very sordid’ and also stating:

I have come into contact with a number of cases in which white women have married coloured men […] it seems a great pity that white women should marry men of a different nationality […] steps should be taken to prevent these unions if possible (Shields Gazette, 16 March 1923)

Such attitudes reveal much about the constitution of ‘Englishness’ as whiteness and the extent to which respectable citizenship was racialised. We are starting to draw on concepts such as affective citizenship and racialised emotional regimes to explore how intimate relationships between individuals were, or were not, endorsed and recognised and how this related to how citizens were encouraged to feel about themselves and others.

Another intriguing aspect of the Hassen Mohamed case is the discussion that it sparked in relation to capital punishment. Following his hanging at Durham, the coroner was widely reported as having ‘made some injudicious remarks about capital punishment’ as the Evening Standard (10 August 1923) put it. The News of the World related that he ‘condemned in no unmeasured terms’ disputed the effectiveness of capital punishment as a deterrent (12 August 1923). The coroner argued that ‘the murderer should be treated as dangerous to the community, like a ferocious wild animal’ but that they should also have the chance to make peace with their maker. Taking a life was ‘barbarous’ and flogging followed by life imprisonment should be used instead. The Manchester Guardian published an anti-capital punishment editorial following the coroner’s comments (15 August 1923).

This attention to the utility and advisability of the death penalty in 1923 is fascinating as it precedes the strengthening of the abolitionist campaign in the 1930s. These articles demonstrate that capital punishment was an issue that was debated in the press, although not to the extent that it was in the 1940s and 50s. The coroner’s views are also intriguing in themselves; he found execution barbarous but was not opposed to the bodily punishment of flogging. This does not neatly fit our understandings of views on punishment and pain inflicted on the body but reveals complexity in how people felt about this.

Our project is currently at the data collection stage and we have thousands upon thousands of pages of case file material to read, take notes on and analyse. We are beginning to find patterns and to identify useful concepts for our analysis but we still have a long way to go.

[i] This account of what Hassen supposedly said should be treated with caution. We have found that the recorded speech in depositions and statements of most people who were not white and did not have English as their first language is represented in this way, with the explanation of actions in the first person always beginning with ‘Me’. This is constant across people from a wide range of countries with a wide variety of first languages and perhaps reflects conventions in how their speech was recorded by the police more than it does how they actually spoke. 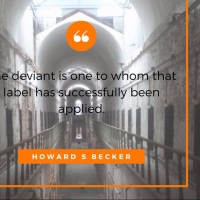