Aware of how Londoncentric everything in the UK tends to be, we nevertheless wanted to share a few thoughts on points of criminological interest in the capital.

Jennifer Fleetwood is a Lecturer in Criminolgy at Goldsmiths, University of London and co-convener of the BSC Southern branch. She has recently taken up bike riding after a 15 year hiatus.

Johnny Ilan is a Senior Lecturer in Criminology at City University, London and co-convener of the BSC Southern branch. He is a long time fan of music that he’s either too young or too old to be listening to.

In the highly influential text, Gender and Power Connell observes the street as a gendered institution: ‘it has a division of labour, a structure of power and a structure of cathexis’ (1989: 138). Footnotes reveals that analysis is based on observations and impressions of Brixton in 1984. Brixton street corners remain home to groups of men drinking, and women pushing prams. It is both a battleground and a theatre (to paraphrase Connell): staging choreographies of gender as much as race and class (gentrification continues apace).

Street harassment is increasingly recognised as a form of gender-based violence. Hollaback is a global organisation of feminist activists concerned with documenting and challenging sexual harassment in public, originating in NYC (hence, “holler” back). Their London branch website hosts a map; click on a pin and you can read one of hundreds of accounts of street harassment. Accounts reflect a myriad array of harassment, from bizarre attempts at ‘conversation’, covert touching, groping, following, staring, and an incredible array of gendered sexual slurs that don’t bear repeating. Some accounts also describe women ‘hollering’ back – speaking or shouting back at their harassers, sometimes in inventive and hilarious ways. The battle not might be won, but Hollaback says much about the fight.

Public commentary on recent spikes in the level of homicides in London has implicated a variety of factors, including a subgenre of rap that previously only the young or music-nerdy would have know about: drill. As various forms of social media are accused of inciting real-world violence, this music, made on an amateur or semi-professional basis by disadvantaged, mostly black, young people in various parts of the capital (and beyond) has been similarly implicated. Watching an amount of drill videos on Youtube (for it is there that they proliferate) will confirm to anyone with a familiarity with street slang that violence and other forms of criminality are running themes in the genre. ‘Beefs’ or confrontations are a further staple of most rap genres.

The age-old question arises:  how seriously should we take the lyricism of young, black, disadvantaged and particularly enthused men, bearing in mind the roles played by racism and class in the criminalization process? Without attempting an answer in relation to London drill, it is interesting to see how the drillers themselves have become aware of this issue. Tottenham rappers Headie One and RV on ‘Know Better’ urge caution on what should be posted to the internet, judiciously deploying ‘shhh’ sounds themselves in place of words they perhaps view as impolitic to share. Needless to say, the comment function on the video has been disabled.

In contrast to the concern expressed around the recent developments in London street crime, there seems to be a more relaxed attitude to issues that arguably strike to the very heart of the contemporary British state. Democracy and the rule of law, key pillars of our Constitutional Monarchy seem threatened by a melange of opaque financial flows that are said to simultaneously service the beneficiaries of corrupt regimes and criminal empires alongside the ultra-wealthy and elements of the financial industry. With recent controversies around potential interference with elections, the existence of these secret money channels should be most concerning.

One can, however, walk through the city and see so much that directly pertains to these financial practices. Be sure to take in the buildings housing representatives of the Crown Protectorates and Offshore Territories whose laws allow companies to be registered with no public record of who the beneficial (real) owners are. Observe the signage for those ownership entities, facilitated by UK law, that obscure potentially useful information from wider discovery. If you are walking, however, you are obviously a mere spectator.

April 7th 2018 saw up to 4,000 young Londoners take to the streets on their bikes in memorial of the 54 young people who have died this year on London’s streets. #BikesUpKnivesDown is part of #bikestorms, a global movement of young people seeking to build social connections through shared love of bikes. A quick search on Youtube and Twitter shows loads of videos by young people (mostly men) pulling their bikes up for impressively long, sometimes high-speed wheelies, and dramatic swerves and stunts. Whilst some taxi drivers protested loudly (also on Twitter), #BikesUpKnivesDown attracted surprisingly little coverage in mainstream media. Their youthful aesthetic has little in common with the organised, slow trudge of political marches to Westminster (familiar to many of us London-based academics in particular during the recent industrial rest).

Cyclists have long organised to take over city streets. The Critical Mass movement originated in San Francisco, but London has its own branch too. Their monthly meetings rarely have predetermined routes, and with no hierarchical leadership anyone can find themselves leading the pack. Critical Mass, like bikestormz, occupies the road, stopping traffic. The Ciclovia movement originates in Colombia in the 1970s. From 7am-2pm on Sundays, the main streets are closed to traffic, open only to cyclists and pedestrians. Pollution contributes to the deaths of many thousands of Londoners every year.

Copyright free image: from KylaBorg (I love London) [CC BY 2.0 (https://creativecommons.org/licenses/by/2.0)], via Wikimedia Commons Wikimedia and is licensed for re-use 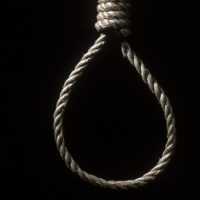