This article presents a dialogue between urban studies and criminology.

Rowland Atkinson is Research Chair in Inclusive Societies at the University of Sheffield, he is the author (with Sarah Blandy) of Domestic Fortress: Fear and the New Home Front (Manchester University Press). 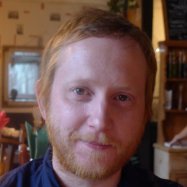 Gareth Millington is Senior Lecturer at the University of York, he is the author of ‘Race’, Culture and the Right to the City (Palgrave).

The fact of the majority of humanity moving into a globalised urban condition has sparked much discussion among urbanists – where and how will people live in dignity? How will they be governed? How will such living be sustainable in economic and environmental terms? We might equally ask – how will this condition generate new rounds of victimisation and why? How will questions of crime, safety and control be resolved in new and existing urban arenas?

We came to these issues as urban sociologists with a strong interest in the question of crime and harm, but also with the realisation that we could fruitfully engage a more formal dialogue between urban studies and criminology. Criminology of course is in many ways an ‘urban’ discipline – who did not know their Chicago school and its concentric rings, who had not been exposed to the maps of Mayhew? Moving beyond this we tried to think about why would we not also want to engage more deeply with the often unacknowledged links between the city, political economy and the development of a critical approach to urban life today. We were particularly keen to explore how urban conditions, characterised by intensifying inequalities in wealth, around housing and access to core services were immensely relevant to criminological thinking. What kind of shared canon, ideas and cities themselves might be foregrounded in a more explicit dialogue of relevance to scholars of the city, as well as those interested in crime and harm?

Urban Criminology starts with an observation, that there is much going on in urban studies that is neither recognised nor considered in criminology, but also that reverse is true. This problematic led us to consider a range of domains in which the conceptual armoury and studies of both disciplines might be engaged in a rewarding exchange of ideas. We organised these areas in terms of questions about more traditional forms of crime and harm, such as those clustered in deprived neighbourhoods or in forms of explicit interpersonal violence, on the one hand, while also thinking about new, emerging or less recognised forms of harm that have become of more widespread concern in recent years. Here we might consider the move from white collar to grander crimes within finance, the use of new technologies and aggressive methods for control in cities, the operation of housing systems that produce new social geographies and stresses or the adoption of new tactics for terrorism in urban arenas around the world.

While these various issues seem immediately relevant to thinking within and across urban and criminological studies arguably none are emphatically new. Our contribution lay in trying to offer a fresh synthesis that highlighted the need for a clearer dialogue between urbanists and criminologists. At the back of these concerns was a challenge to the reader – that to understand many forms of crime today we need to understand how the city itself ‘works’ and indeed, does not work. Such operations include of course a wide range of social, political and economic structures that themselves vary according to national and urban contexts but which are also influenced by global economic forces that generate new and mutating forms of harm.

To offer some sense of how these new combinations of factors and outcomes are coming into view we examine such issues as the relationship between neoliberal governance regimes and the deregulation of safety implicated in the Grenfell tower disaster and creation of more precariously employed city labour forces more generally. Global capital is now also more entwined with the unhousing and trauma associated with demolition, housing displacement and continued mobility of many around the world as capital looks for new spaces to gentrify and appropriate. New forms of boundary making, around gated communities and affluent enclaves with private modes of policing, also appear as a kind of security ‘foam’, complex physical and urban governance structures that raise new questions about how inequality, crime and (in)security are distributed and related through the contemporary city.

We might ask, what is ‘urban’ about crime? We suggest in the book that what binds much of the varied concerns of criminology and urban studies today is the need for a deepened critical perspective. Such a perspective should recognise the primacy of the urban condition and its manifold form. It should also avoid naivety in understanding that, at root, power and inequality produce more aggressive responses to the question of crime (while sidelining others forms of harm), but also that these same conditions are themselves generative of harm in cities around the world today. In addition, the relationship between national and global political management of economies can be linked to new forms of risk, value extraction (from labour and nature) and the expansion of financial services. All of this generates significant questions for how we should understand to the question of how urban systems are producing new and different forms of crime and harm. Fraud, manipulation and laundering among global and urban elites seem particularly important areas for further investigation.

Where to from here? We hope that Urban Criminology offers the means of galvanising critical criminology in attempts at seeing the city as a site in which harm may be produced and indeed mitigated. Urban life is replete with examples of violence, harm and aggressive political actions towards vulnerable populations. But it is also a site of hope, social action and movements that are increasingly conscious of and antagonistic toward question of inequality, power and unfair modes of social control. Cities may be key sites of harm as we move forward, but they may also offer the crucibles within which fairer and more just social conditions may be formed. We hope that the book may offer some contribution to such discussions, between urbanists and criminologists in the future.

Urban Criminology is published by Routledge