The event helped to foster a stronger sense of identity and community within our team at a time when home-working has left many of us feeling detached and isolated. 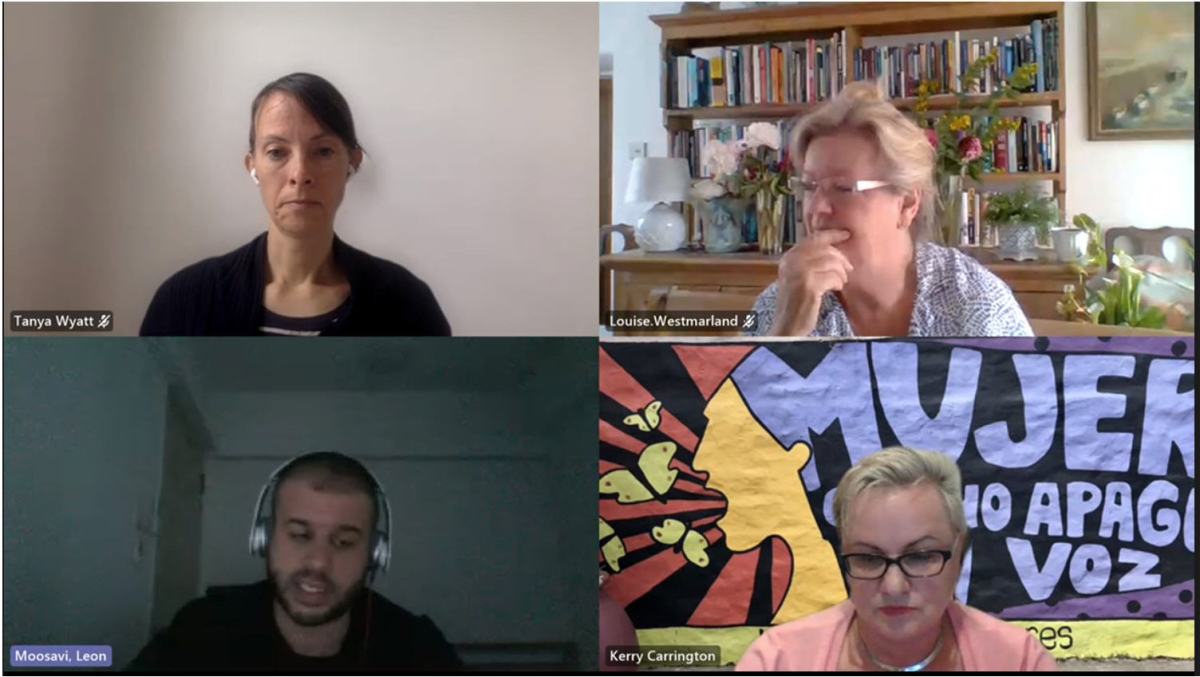 Between July 7th and July 9th, the Open University’s Department of Social Policy and Criminology (SPC) hosted the BSC’s annual conference online. The event went better than any of us could have imagined, and the feedback we received during and afterwards has been positive, and generous. It goes without saying that there were one or two tech glitches, but overall, we ‘got off’ lightly.  Expectations were modest in the sense that we would not / could not replicate the usual BSC conference process and experience. The initial thinking around this was that it would operate as a ‘place-holder’ type event. To that end we believe the conference over-delivered in some ways. There are too many people to mention for their help by name, but Louise Westmarland must be singled out for instigating the whole thing and making it happen, alongside the BSC team who offered close support and guidance along the way.

Using MS Teams for such a complicated event gave us some concern. We toyed with the idea of using other platforms, but we figured that simplicity would be best. We had the main conference room, which hosted 5 plenary sessions focused on important and pressing criminological themes and issues – broadly reflecting the interests within SPC. We had 14 presentation rooms running in parallel for the 3 days (for the delivery of several hundred papers). There were separate rooms for publishers with their own presentations and consultations, activities run by the various BSC networks, and fantastic evening entertainment orchestrated by Dave Turner – live jazz, live rock, a magician, a quiz, ‘crim dine with me’, and a virtual bar. In all, we had approximately 450 registrants, logging-in from as far away as Australia, Hong Kong, and the USA. Despite only starting to plan the conference in the early Spring, it all seemed to come together well.

Having a team dedicated to managing the various meeting rooms proved invaluable. We sought the help of various colleagues (too many to mention) from the support arms of the faculty, and our associate lecturer colleagues. It’s not something we initially envisaged, but rather, it was a last-minute scramble to resolve a problem we identified with the tech, following a sobering test run. We are very grateful to those colleagues who gave up their time to support the event. The involvement of so many people in making this event happen has helped to foster a stronger sense of identity and community within SPC at a time when home-working has left many of us feeling detached and isolated from one another.

The plenaries got off to a great start, with the Wednesday morning session delivered by Jonny Ilan, exploring the criminalisation of drill music. This was followed on Wednesday afternoon by a ‘harm and crime interface’ session, with papers from Tanya Wyatt and Lois Presser, with Nigel South as discussant. Thursday morning saw Molly Dragiewicz, Kate Fitz-Gibbon, and James Messerschmidt exploring gendered harms. Later in that day there was a plenary to reflect on criminal justice considering Black Lives Matter, with Prabha Unnithan, and Katheryn Russell Brown, with Azrini Wahidin as discussant. Finally, Friday morning offered a focus on decolonisation, with Leon Moosavi, and Kerry Carrington. The parallel sessions provided an impressive breadth of topics and coverage of criminological enquiry, with many closely tracking the focus of the plenary sessions.

Mike Hough was a well-deserved winner of the Outstanding Achievement Award; David Maguire won the criminology book prize (sponsored by Routledge) for his fantastic book Male, Failed, Jailed: Masculinities and ‘Revolving-Door’ Imprisonment in the UK; Alison Hutchinson won the research poster prize (Sponsored by Sage) with an excellent poster on the harms of the fishing industry; and Swansea University won the National Award for Excellence in Teaching Criminology and Criminal Justice 2021.

Being online proved to be advantageous on several levels. It enabled the use of chat boxes for comments and questions throughout, which meant otherwise reticent attendees (within a face-to-face meeting) could take advantage of an arguably less daunting option. People could easily hop in and out of sessions, or to sit in a meeting whilst looking after children, and still ‘be there’ in some sense, rather than being excluded had they physically needed to attend. Our plenary sessions included global experts, pioneering in their focus, who otherwise might not have been able to participate face-to-face. Also, there were the financial savings for institutions and individual attendees, and indeed, the environmental benefit of hundreds of attendees not having to travel. The BSC have indicated that future conferences will entail some online element. Surrey 2022, for example, is set to be a hybrid delivery model, and we wish them every success with this.

There was a wider sense of inclusion both in terms of the aspiration and delivery of the conference. Although we held the usual postgraduate morning on day one, we were also careful to integrate postgraduate papers throughout all the parallel sessions. The online nature of the conference in some ways acted as a ‘leveller’, whereby usual power dynamics between some of the more-established names in criminology and relatively inexperienced presenters were less pronounced than usual (in part because of digital competency!).

Overall, we are delighted to have been able to host such a prestigious event, to showcase The OU and SPC, and to positively engage with some of the most pressing issues and debates in criminology (and beyond). It was a step into the unknown for us, but a thoroughly enjoyable and welcome one! We couldn’t have pulled it off without the help of colleagues across the University and the BSC — a huge ‘thank you’ once again to everyone who supported the event, and thank you to all those presented and attended. We look forward to Surrey 2022!

(on behalf of the conference organising team)