David Churchill is Associate Professor in Criminal Justice in the Centre for Criminal Justice Studies, School of Law, University of Leeds, and Chair of the BSC Historical Criminology Network. His research focuses on policing, security and crime control in modern Britain

Conferences are great – a chance to catch up with old friends, pick up fresh ideas and hatch plans for new ventures. So many have been lost to the lockdown this summer, and they are much missed. But there’s also a problem with conferences. After two or three days of mind-opening discussion, everyone goes home. Greeted by a wall of emails and all the distractions of the day-to-day, the spark of creative energy is so easily lost.

So this year, members of the BSC Historical Criminology Network did something different. The plan was to bring together scholars who don’t normally work together to talk about topics of common interest. We hoped to meet in person, but the pandemic intervened. So we met online instead. This brought challenges – frail internet connections and so on – but it also opened up the conversation to a much wider, more international group than would have been possible otherwise.

And so seven groups of brilliant scholars met to discuss new directions and common concerns in historical criminology. It was a wonderful day, illustrated in real time to give a rich visual record of the event. In this post, the convenors of each group offer a summary of what was said. But these conversations are not finished – several groups are looking forward to future meetings and possible collaborations. So if something catches your eye, do get in touch via contact details below.

Another key theme from the discussion was the significance of layering. Landscapes, buildings, areas have developed over time and bear multiple histories. They have different meanings to different social groups and are sites of contested memory. We spoke about the salience of memorialisation at the moment in terms of understandings of, and contests about, colonial history and racial justice. Finally, we discussed technologies and the possibilities offered by online tools such as StoryMap JS that enable highlighting location in relation to a series of events. We talked about how, in an era of restricted mobility, historical criminologists might be able to share resources with each other online to enhance understandings of space.

We were particularly interested in the power dynamics of protection, of who is being protected from whom – the police from the public, the public from the police, or people from themselves – so pertinent in the context of the Black Lives Matter protests and a media culture invested in sensational representation of threat. We discussed histories of protest, riot and moral panic, but also child removal and reformatories, disease regulations and prevention (extending into ‘public health’ models of violence reduction) and the configuration of ‘vulnerability’. Important issues raised included the policing of domestic abuse and the over-policing and under-protecting of minority and marginalised communities. We noted the longstanding discussion in the United States about ‘protection’ from below and its relation to accountability, and the need for historical perspectives on equivalent UK discourses. We also discussed a critical approach to the realities of vulnerability, recognising differential levels of autonomy and the importance of perceptions of vulnerability to violent response. Moving forward, there was interest in exploring the role that criminological study plays in terms of gender, class and minority recruitment into the criminal justice system and associated roles, and in how historical enquiry might help us think through what we want ‘protection’ to look like.

As mentioned earlier, these conversations are not finished.  Future meetings and future collaborations are full of possibilities. If you want to be a part of this, do get in touch via contact details above. 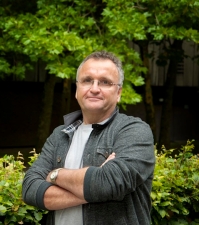 Professor Barry Goldson holds the Charles Booth Chair of Social Science at the University of Liverpool and is the Chairperson of the British Society of Criminology Youth Criminology/Youth Justice Network (YC/YJN).

In 1816, the report of the first major public inquiry into ‘juvenile delinquency’ in any European country was published in London, England (Committee for Investigating the Alarming Increase of Juvenile Delinquency in the Metropolis, 1816). The inquiry reflected a series of burgeoning concerns – in England and elsewhere in Europe – regarding ‘juvenile delinquents’ in the high-density urban populations of rapidly growing industrial towns and cities. Moreover, as the nineteenth century unfolded the same concerns inspired a wide range of reform initiatives across Europe and, by the beginning of the twentieth century, recognizably ‘modern’ juvenile justice systems had emerged. In England, for example, the Children Act 1908 formed the legislative foundations of an institutional architecture designed specifically for the administration of juvenile justice and, as such, it represented similar developments taking place throughout Europe.

In 2008, exactly one hundred years following the implementation of the Children Act 1908, a global financial crisis rocked the foundations of European economies. The ‘crisis’ produced, and continues to produce, deep-cutting and wide-sweeping ‘austerity’ measures that, alongside the longer-term reformulation of welfare settlements and welfare states, have had the effect of plunging millions of Europeans into profoundly adverse social conditions. And in 2016, exactly 200 years following the publication of the first major public inquiry into ‘juvenile delinquency’, the United Kingdom European Union membership referendum – also known as the ‘EU referendum’ and the ‘Brexit referendum’ – returned a vote in support of the UK’s departure from the European Union. Many commentators have argued that recent patterns of migration and immigration into Europe imposed significant influence in shaping the vote to ‘leave’. Whatever the motivations, however, Brexit has ‘created severe tensions and strengthened exit movements elsewhere, notably in France, Italy and Denmark’ (Taylor-Gooby et al, 2017: 3).

In the opening two decades of the twenty-first century financial crisis, the re-drawing of welfare settlements and welfare states, Brexit – and the wider tensions that it signals – and unprecedented patterns of migration and immigration, represent key transformational conditions in Europe, just as the industrial revolution characterised radical change across the nineteenth century. Equally, the same modern-day cultural, social, political and economic transformations carry multiple implications for juvenile justice in Europe, just as the industrial revolution had some two hundred years earlier.

How might the past inform the present and to what extent does the present provide a compass to the future? Fundamentally, these are the questions that are addressed in a new book: Juvenile Justice In Europe: Past, Present and Future.

The above represent a series of pressing questions for juvenile justice researchers and youth criminologists. The book begins to define and develop the co-ordinates of a wider critical research agenda that is vital for advancing knowledge of, and intervening in, the ways in which children and young people in conflict with the law are governed, and will be governed, through reformulating juvenile justice systems in Europe.

Goldson, B. (ed) (2018) Juvenile Justice in Europe: Past, Present and Future. London and New York: Routledge.

We also have some brilliant ideas that were formulated at this year’s network meeting, thinking about how to involve early careers students, more established academics, and the prison population themselves in the work of the network 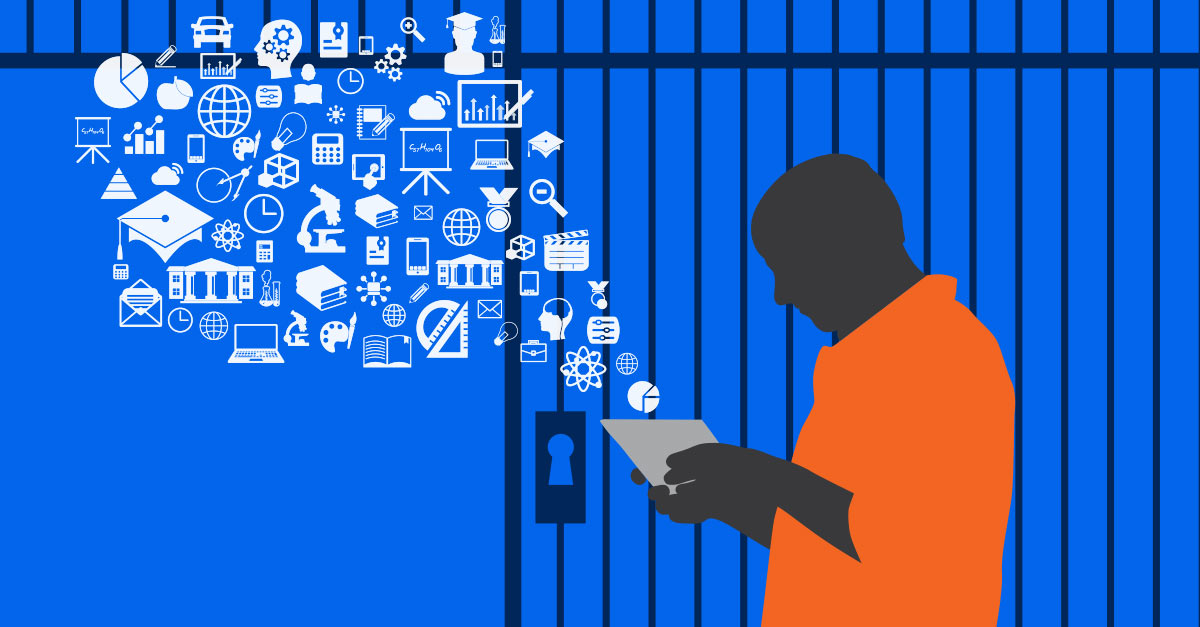 Since my appointment as chair of the Prison Research Network, I have been privileged to have a different view of the BSC than I did before. When one becomes a chair, a number of additional responsibilities come into action. For one, you are responsible for the general running of the network – how active that network is often depends on the energy of the chair/co-chairs, as well as the involvement of other members, momentum within the network, and plans put forward at various network meetings. There may be a website to maintain/oversee, a mailing list to administer, events to organise, and prizes to manage. You are also responsible for the budget provided by the BSC to fund various activities and events.

In addition to network-specific events and activities, network chairs have the opportunity to become members of the BSC Executive Committee. This is quite an eye-opening experience! You attend meetings (around every quarter), sometimes in London, sometimes elsewhere, and are directly involved, as trustees of the BSC, in making decisions that can affect the society as a whole, and also, potentially, the entire discipline of criminology in the UK! It is quite exciting!

It really has been a privilege to be on the BSC Executive Committee – I have been able to work with some phenomenal academics, all of whom make you feel extremely welcome and involved. I remember walking into my first meeting and thinking a combination of ‘Cripes, this is such a big thing!’ and ‘Oh Wow, I cited you in my doctoral thesis!’ (even seven years post-PhD submission, the awe still kicks in every now and then!!).

The Prison Research Network is still relatively new to the scene, and we haven’t been anywhere near as active as I initially planned last year. That said, we have used our funds for good (we didn’t host any events but were able to fund a doctoral student to attend the BSC, something that is becoming even more important in the neoliberal university environment, and a responsibility that networks need to take seriously). We also have some brilliant ideas that were formulated at this year’s network meeting, thinking about how to involve early careers students, more established academics, and the prison population themselves in the work of the network.

Unfortunately, I will not be the one to carry out this work as I need to step down due to personal commitments. As such, we are making an open call for someone to take on the role, be that alone, or as a co-chair with another. If we get more than one applicant, there will be an election, so watch this space! Please could you send all expressions of interest in the role, including a brief paragraph on why you wish to take on the position, to bscprisonsnetwork@gmail.com by September 1, 2018.

It has been a privilege to act as Chair, albeit for a very short period, and I would like to thank everyone who has given their support, ideas and advice over the last year! Now time to pass the baton!