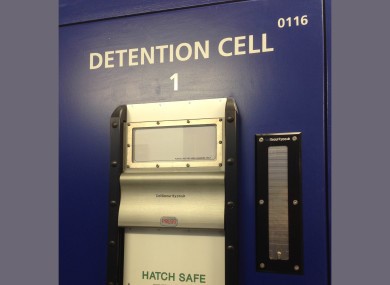 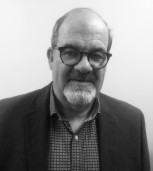 John Kendall is a retired solicitor. With no intention of writing about it, he worked as a volunteer custody visitor. He found it puzzling, and, as nothing academic had been written about it, wrote a PhD about the scheme, on which his book Regulating Police Detention is based.

Few police scholars, and hardly any members of the public, have heard of the Independent Custody Visiting Scheme. It is a substantial operation and an important part of the criminal justice system. Some 2,000 volunteers around the country combine to make unannounced weekly visits to check on the welfare of detainees in police custody throughout England and Wales.

I am a retired solicitor. I happened to read about the scheme in a local newspaper, and applied to become a custody visitor, with no intention of writing about it. I found working as visitor puzzling and looked for academic discussions of the scheme. I found none, so I decided that I would write about the scheme. Needing academic help, I wrote my PhD thesis at Birmingham University. The research has now been published by Policy Press in my book Regulating Police Detention: Voices from behind closed doors. 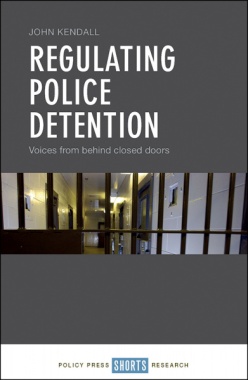 I carried out an in-depth local case study. I observed the visits and the general conditions in custody suites, and I interviewed visitors, police officers, civilian custody staff, defence lawyers, the manager of the local scheme, and perhaps most significantly, the detainees themselves. The scheme is supposed to be for the benefit of detainees, but no one had ever asked them for their views about it, or if they had, they had not published those views.  I contend that the results of my research are generally applicable because the same factors prevail in all areas: the statutory scheme, the statutory arrangements about custody, and the power of the police which, as I demonstrate, makes a strong impact on the visitors’ attitudes and their behaviour. It is particularly noticeable that they rarely challenge the police.

The Independent Custody Visiting Scheme is run locally by Police and Crime Commissioners (PCC).  By statute, the PCC are charged with securing the independence of the visitors from the PCC and the police. This is a remarkable conjuring trick, as the PCC have complete control over the hiring, training, managing and occasional firing of the visitors. The scheme lacks structural independence, belying its branding as independent. Visitors also lack independence of mind: they tend to arrive with, and/or develop later, attitudes similar those held by the police.

Custody visiting is part of the UK’s National Preventive Mechanism. It is, therefore a form of regulation, although the official line is that the scheme is here to reassure the public about conditions in custody, which ignores the fact that so very few people have heard about it.  Unannounced visits are a familiar principle of regulation. The original purpose of custody visiting was that unannounced visits would deter police conduct that might lead to abuse, neglect or death in custody, but this has been airbrushed out of the official literature about the scheme.   Visitors have little understanding of deaths in custody, and do not see that their work has anything to do with contributing to prevent the incidence of these tragedies.

The way that the visiting operates prevents the work from being effective. It makes no impact on police behaviour. The police do not respect the visiting, despite the party line supporting the scheme.  An even more serious defect is that the detainees do not trust the visitors. A central feature of each visit is meeting the detainees in their cells. These meetings come out of the blue for detainees who do not understand what the visitors are there for. The meetings are very brief and are supervised by custody staff. There is therefore absolutely no possibility that detainees would feel able to let the visitors know anything important or disturbing about their detention.

The national organisation for custody visiting, the Independent Custody Visiting Association, does not allow visitors to become members. Its only members are the Police and Crime Commissioners. It therefore lacks legitimacy, but few people realise this. ICVA plays an essential role in running custody visiting along the lines approved of by the Home Office and the police.

The purpose of custody visiting is to check on the welfare of the detainees, but official policy prevents the visitors from doing this work effectively. The scheme lacks legitimacy in that it makes no impact on the behaviour of the police. Custody is largely self-regulated, by the police. The existence of the scheme enables the police to argue that there is no need for further, outside regulation of police detention. If MPs, journalists and the general public knew the truth about the scheme, radical reforms could make the scheme an effective regulator of police detention, which, arguably might save lives.

We were delighted to offer the chance to win a free copy of this book during November 2018.  The winner was mature student Melissa Pope, who is in her first year of studying Psychology with Criminology at Birmingham City University. She is really enjoying the course so far and praises the excellent teachers there. We hope she enjoys the book.

Images: courtesy of the author and Greater Manchester Combined Authority

Thoughts from the criminology team
1868 A Civilizing Moment?

Mark Carrigan
ccseljmu.wordpress.com/
Race and the Death Penalty in Britain