If sexual abuse is reported how do the university, police, prosecutors and courts react; how is the accused treated and sanctioned; and, crucially, how is the victim treated? 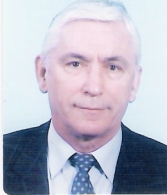 Dr. Maurice Punch, Visiting Senior Fellow at LSE, has worked in universities in the UK, USA and the Netherlands (where he lives): his areas of specialisation have been policing, corporate crime and research methods; he is currently writing on deviance in elite student societies and sexual violence against women in universities. His last book was What matters in policing? (with A. van Dijk & F. Hoogewoning: Policy Press: 2015).

There’s disturbing evidence of an ‘epidemic’ in universities in the UK, USA and Australia which should redirect our gaze to ‘crime in the colleges’.  I refer to Systemic Elite Abuse regarding the sexual harassment and abuse of women students. My focus is mainly student-student and male-female as women are disproportionally victimized. Universities are elite institutions in educational systems including prestigious establishments; women students can be victimized by an offender perhaps with high status in the university community; and the offences can have a systemic character. Indeed, there’s ample evidence with great concern in UK, Australian and US universities. Sexual harassment of women students is said to be “at epidemic levels” in UK universities (The Guardian): and “more than half of university students in Australia were sexually harassed at least once in 2016”. The Australian Human Rights Commission reported on this with the Sex Discrimination Commissioner stating:

“It is confronting to learn that sexual assault and sexual harassment are a common part of these students’ experiences in their academic, their social and their residential life —- Sadly, the impacts of these experiences have devastating impacts and it can be life-changing, affecting health, studies and future careers’” BBC News

In response the ‘Universities UK’ organization has proposed useful guidelines in this area (Changing the culture); US President Obama launched a Task force on college sexual assault; and the AAU mounted a survey in 2015. Some 150,000 students took part in this survey from 27 institutions with around a quarter of “female, college seniors” reporting  “unwanted sexual contact – anything from touching to rape – carried out by incapacitation, usually due to alcohol or drugs, or by force”. Two ‘Ivy League’ universities were high offenders in the survey. I’ll mention a particular US case illustrating incapacitation and force: but first I’ll outline some focal points.

Some material focuses on ‘harassment’ as when in Sydney male students broke into women’s bedrooms and trashed them or barged into female showers. But lists were produced of women considered “bait” for sexual advances who were then pursued which forms potential criminal activity. And if abuse is reported how do the university, police, prosecutors and courts react; how is the accused treated and sanctioned; and, crucially, how is the victim treated?  Particularly in the USA but also elsewhere the university often reacts poorly and / or defensively; the criminal justice agencies are inadequate or reluctant to pursue cases; and if it reaches court the accused gets off lightly but the female victim is systematically discredited. Sometimes the university uses its legal muscle to reach a settlement, to deny liability and to impose non-disclosure: the victim never gets to court to give her account or see the offender prosecuted.

Yet some cases are serious sexual assault or rape, including group rape, and are indisputably criminal. It is a major injustice if such cases are not pursued or the offender gets off lightly while the victim is not taken seriously and is undermined in court. In some US cases involving college athletes as offenders there was clear institutional and judicial bias. One such case attracted intense publicity for the powerful victim statement which went viral (with her approval: The Guardian). At Stanford University during a fraternity party a male student – and star swimmer – took a highly intoxicated woman, not a student, outside and aggressively sexually assaulted her: he was interrupted and caught by passing students. He contested the case with the trial drawing much attention. Firstly, there was the mild sentence passed by the judge (six months with three years’ probation): he served half of the sentence. Secondly, and crucially, this blatantly downplayed  the victim’s suffering. Indeed, she made a court statement which powerfully conveyed the long-term deleterious consequences for women of sexual abuse – irrespective of a trial`s outcome – while the abuser proceeds with his life and career. She graphically details the aggressive nature of the assault; the profound and lasting effect on her; and especially her resentment at him insinuating consent. In court she was subjected to:

“narrowed, pointed questions that dissected my personal life, love life, past life, family life, inane questions, accumulating trivial details to try and find an excuse for this guy —— After a physical assault I was assaulted with questions designed to attack me, to say see, her facts don’t line up, she’s out of her mind, she’s practically an alcoholic, she probably wanted to hook up” The Guardian.

She especially stresses that being a top athlete at a leading university should never lead to leniency and how fast someone can swim “does not lessen the impact of what happened to me” The Guardian.

This topic does make for gloomy reading: are there, then, any positive developments? In recent years there’s been increasing attention to the matter; several high-profile prosecutions have attracted stiff sanctions; and diverse universities – also medical and judicial agencies – have made provision for prevention and for treating victims. These include:

Clearly many initiatives are new and piece-meal but they do raise awareness, establish facilities and, above all, treat victims in a caring manner. A key factor is the explicit stance of the university.

Universities are primarily for scholarship, research and teaching. But nowadays many strongly support diversity, absence of discrimination, gender equality, protection of the environment, free speech and oppose any form of discriminatory conduct. In particular drunkenness, violence, abusive behaviour – especially against women, minorities, staff or visitors – are matters of deep concern. Given the contemporary debate within academia about sexual and other forms of harassment and discrimination, it simply must be that the university endeavours to ensure an environment where everyone can study in peace, everyone is safe and there’s no discrimination; and where a persistent effort is made to tackle sexual abuse. The tenor here is that offences committed within the university community and its remit should be taken most seriously under an explicit code of conduct and be backed with serious sanctions from the university itself.  For it surely cannot be that marauding males can abuse women students with impunity.  And that some universities, police and courts, treat serious sexual offences against female students poorly or weakly and with the offender treated lightly while the victim faces prolonged trauma.

The university should adopt a firm approach on such conduct backed by suspensions, expulsions and possible prosecutions within a strategy to change the culture on sexual harassment and abuse. The key is to mobilize students, academic and support staff along with a multi-agency coalition with external partners, to create a supportive environment for all to study and work in without harassment and without sexual abuse of women.

Images: courtesy of the author and WikiMedia Commons CC-BY-3.0